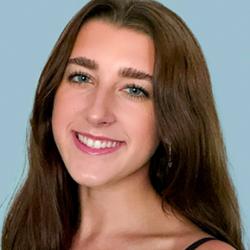 Taylor Naturkas was born in Troy, MI and later grew up in Petoskey, MI where she began her ballet training at age four. She began dancing at the Crooked Tree Arts Center School of Ballet under Heather Raue for 11 years. During that time she attended summer programs with Suzanne Farrell (Cedars Islands), Chautauqua Institution, Charlotte Ballet, and Miami City Ballet. Following her summer at MCB School in 2018, she was invited to attend the year-round program. Taylor spent the next two years training at MCB School, where she had many opportunities to dance with the company, one being to perform the Dew Drop Fairy in Balanchine’s “The Nutcracker” 2019.

In January of 2020 she was invited to join the Miami City Ballet as a corps de ballet member.