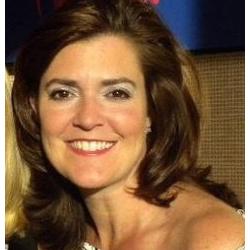 "Miss Christy" has been singing, dancing, teaching and entertaining young children and families since 1999.  Christy has a B.F.A in theatre performance from the University of Michigan in Ann Arbor, and a M.A. in Marriage, Family and Child Therapy from the Phillips Graduate Institute in Encino, CA.  Before moving to Traverse City in 2014, she was the center director for Wee Heart Music, Inc. offering Music Together®classes for nearly 15 years in the western suburbs of Chicago, IL.  In 2010, she was awarded Music Together® Certification Level II for outstanding achievement in teaching, musicianship, program philosophy, and parent education by the Center for Music and Young Children in Princeton, NJ.

Christy is also a children’s birthday party entertainer and has self-produced two children’s holiday albums, Halloween Hoopla and Winter Holidays Around the World, available on iTunes, CD Baby and Amazon.  She has performed with NMC Jazz Ensemble and the TC Sings community choir.  She appeared in Parallel 45’s production of "Go, Dog, Go!" last spring and was seen most recently as Helenin "Fun Home" and Donna in "Momma Mia!"  She is very active with the Old Town Playhouse and other shows include playing the title role in "Mary Poppins; the Broadway Musical", Sarah in Stephen Sondheim's musical "Company", Lady of the Lake in Monty Python's musical "Spamalot", part of the Ensemble in Mel Brooks' musical "Young Frankenstein" as well as part of the Black and White Gala troupe three years in a row!