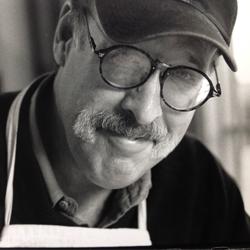 Mr. Murphy, an Artist/Illustrator and Art Educator, has been teaching classes and workshops in Oil, Watercolor and Acrylic since the mid 70's. He received an Arts Educator Of The Year award in 2003. Traveling workshops have taken him to many areas of the U.S. and abroad to France, Italy and Spain.

Charles has been represented by more than 45 galleries  in the U.S. and Caribbean and his work is included in innumerable collections both private and corporate including Kraft, General Motors, U.S. Gypsum, John Hancock, Mead Corporation, Prudential, and more. He has exhibited with the American Watercolor Society and the International Society of Experimental Artists.

Murphy has illustrated several books including the multiple award winning "Reach For The Moon" (Scholastic Books) written by Samantha Abeel, "Smokey The Raccoon",  "Chickadees At Night" and 2 others by Bill O. Smith and his own book of rhyming verse, "The Waking Hour".

Charles Murphy is represented in northern Michigan by Twisted Fish Gallery in Elk Rapids and Bier Gallery in Charlevoix. He lives in Traverse City with his wife, Carrie.