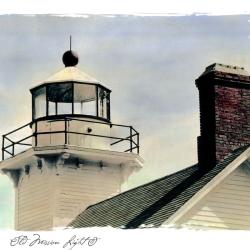 R.B. has displayed in many state art fairs and private shows and has had work published by Soft Touch Greetings, Abbey Calendars, Reminisce Magazine, Michigan Magazine, Professional Photographer Magazine, American Geographic, and many other state, national, and local publications. He was selected as the two-time cover artist for the Michigan Wine Country magazine. One cover became the most popular cover in the history of the magazine. That prompted the Michigan Wine Council to print over 1,000 posters to distribute to the elected officials at the state capital in Lansing and to all businesses who produced or promoted Michigan wines.

Many images have been accepted for display at the Ridge Art Gallery in Winter Haven Fla. and the Mckay Estate in Lake Alfred Fla.

His fine art style could be described as impressionistic and nostalgic, with a touch of romanticism.